Europa League Final: Sevilla to keep their crown, but it won’t be easy 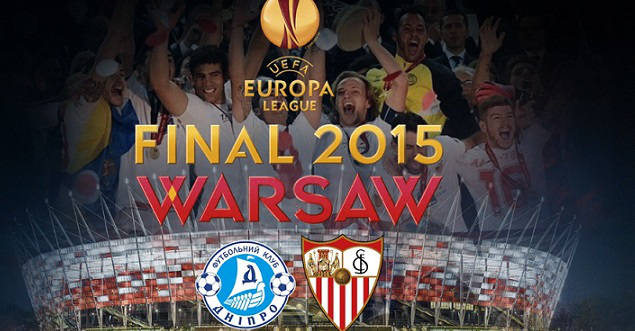 “Dnipro will sit deep and try to deny Sevilla space to counter-attack, and the Ukrainians’ last four Europa League games have all been goalless at half-time.”

Back Draw in the Half Time market at 2.22

It’s ironic that if Sevilla win the Europa League final in Warsaw and qualify for the Champions League, the competition will then lose one of its most impressive standard-bearers. While a clutch of teams have treated the tournament with disdain, as if it is a burden to be involved rather than an exhilarating privilege, Los Rojiblancos have embraced it warmly. This is their turf, their trophy, and if they win it for a second season running, they’ll have claimed glory in European football’s secondary competition four times in ten seasons.

Huge credit has to be given to Sevilla’s coach Unai Emery. He squeezes every drop of energy and devotion from his players, and gives them the tactical support they need to do the job. While some of the stars of last season’s Europa League triumph have departed (Ivan Rakitic to bigger and better things, Alberto Moreno not so much), many still remain.

Carlos Bacca and Kevin Gameiro scored nine goals between them in last season’s Europa League, and those strikers have contributed another nine goals to the current run to the final. Gameiro often proves to be the difference as an impact sub, and that may be needed, as Dnipro will surely sit back and challenge Sevilla to play through them.

Sevilla weren’t at their best in the group stage, but their experience and nous in this competition have really come to the fore since then. Emery’s men have won seven of their eight knockout games, drawing the other 2-2 away to Zenit St Petersburg. Borussia Monchengladbach, Villarreal, Zenit and Fiorentina have all been disposed of in a highly impressive run to the final.

Sevilla are without keeper Beto and Argentine defender Nicolas Pareja because of injury, but all of Emery’s key players are fit and available.

In the current gloom and uncertainty enveloping Ukraine, Dnipro have provided an unlikely ray of sunshine. They have been underestimated and dismissed at every turn, and I must admit I am one of the observers who didn’t think they had any chance of getting this far.

Every time Myron Markevych’s men have been given a trial by fire, they have walked through the flames unscathed. They were underdogs against Olympiakos, Ajax and Club Brugge, and overcame all three hurdles. They survived an attacking onslaught in Naples to hold Napoli to a 1-1 draw in the semi-finals, before securing a thoroughly deserved 1-0 win in Kiev.

One of the most impressive things about Dnipro’s run has been how they have made the Olympic Stadium in Kiev a home from home. Forced to play 476km from their actual home in Dnipropetrovsk because of the current troubles, Dnipro have adapted wonderfully. They have won their last five “home” games in the competition, and haven’t conceded a single goal in the process.

The spine of the team is rock-solid. Goalkeeper Denis Boyko is a big and imposing figure, and he was heroic against Napoli in Italy. Brazilian defender Douglas leads the backline magnificently, Ruslan Rotan patrols the midfield, Yevhen Konoplyanka is a fitful but sometimes unstoppable presence when he joins the attack, and Yevhen Seleznyov is a dangerous targetman. Indeed, it was Seleznyov’s goals in

both legs against Napoli which got Dnipro to the final.

Dnipro could be without midfielder Yevhen Shakhov, who scored a stunning goal to see off Club Brugge in the quarter-finals. Serhiy Kravchenko and Roman Zozulya are definitely injured.

I think Sevilla will retain their trophy, but given Dnipro’s determination and defensive strength, the 1.62 on offer for the Spanish side to win in 90 minutes seems too short. Sevilla are also 1.31 to win the Europa League, which gives you the added options of them winning in extra-time or on penalties.

Sevilla love to counter-attack, and Dnipro will try to sit deep and hold their shape. It might take a while for Emery’s men to break the Ukrainians down, and although I think they’ll win it eventually, I can’t get excited about that price of 1.62. I’d rather stick half a point each on Sevilla Extra Time at 8.40 and Sevilla Penalties at 13.50 in the Method of Victory market.

There are cogent arguments for both overs and unders here. Sevilla are the tournament’s joint-top scorers with 26 goals, and six of their last seven games in the competition have featured three goals or more.

That said, Sevilla haven’t yet faced a team that defends as doggedly as Dnipro do, and the Ukrainian side have seen their last six Europa League games feature fewer than three goals inside 90 minutes.

Overs is 2.24, with unders 1.79, but I like the look of backing No in the Both Teams To Score market at 1.82. That’ll cover a few eventualities – a cloying goalless draw, a sizeable win to nil for Sevilla (they kept clean sheets home and away against Fiorentina) and a smash-and-grab by Dnipro (three 1-0 wins in their last six UEL games).

Dnipro will batten down the hatches and try to deny Sevilla the space they need to unleash their weapons on the counter-attack. It’s a tactic that has got them this far, and it’s worth noting that their last four games in the Europa League have all been goalless at half time. The draw at HT is trading at 2.22, and I think that’s an attractive price.

Recommended Bets
Back Draw in the Half Time market at 2.22
Back No in the Both Teams To Score market at 1.82