French Open : Betting: Back Ivanovic to book her spot in final 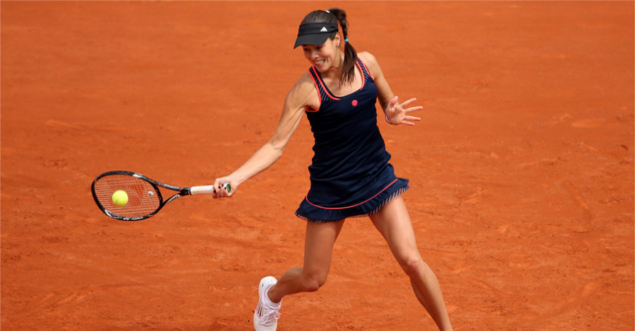 “Former world number one Ivanovic has come through some tough tests on her path to the last four, but there is no denying that the draw has been kind on her to an extent.”

Back Ivanovic to beat Safarova @ 2.18

As expected, world number one Serena Williams came through with minimal fuss against Sara Errani and she managed to avoid her perpetual slow starts to wrap it up in no time.

The top seed has dominated the Italian every time they have faced each other, so it was no surprise that she lost just four games en route to victory.
What did come as a surprise was Timea Bacsinszky having her hands full in seeing off Alison Van Uytvanck, but the Swiss star will hope that it was good preparation for facing Williams.

The pair have met on two previous occasions, with the American unsurprisingly winning both with the first coming on clay in Rome back in 2010.

Given Bacsinszky’s form this week and her general threat that she now poses, back her to at least make this semi-final competitive. Further, if Williams isn’t on form and switched on from the start, don’t be surprised if she comes unstuck against a dangerous opponent who was tipped for big things in Paris.

In the bottom half of the draw, former champion Ana Ivanovic will face Lucie Safarova in the other semi-final, with the Serbian star looking to recreate the magic of 2008.

The former world number one has come through some tough tests on her path to the last four, but there is no denying that the draw has been kind on her to an extent.

In truth, she was probably expecting to face Simona Halep in the last round and Maria Sharapova at this point. However, both fell earlier than expected and here we are with the latter’s conqueror instead.

Safarova caught many people’s attention at Wimbledon last year, and she has produced another impressive fortnight of tennis to get this far.

Lisicki, Sharapova and Muguruza complete an impressive list of defeated rivals, and so the 13th seed is certainly not one to be counted out.

The Czech star also has the edge in the head-to-head record as she leads her rival 5-3. However, Ivanovic won their last meeting which was in Tokyo last year, but interestingly enough they have split two previous encounters at this tournament.

Ivanovic prevailed in 2008 in straight sets on her way to winning the tournament before Safarova turned the tables last year in the round of 32.

Clashes between the pair don’t tend to last very long, so a ‘safer’ bet would be to look at the games market. However, we’re backing Ivanovic to come through at the business end of the tournament and take another step closer to a second title in Paris.

©2013-2018 Easysportbet.co.uk is operated by Gymaster N.V. Licensed and regulated under the Licence 8048/JAZ2015-043 issued by the gaming commission of Curacao.